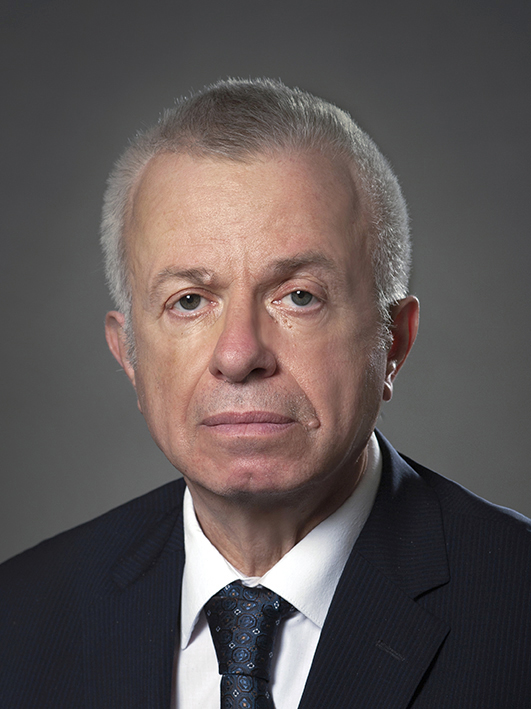 Roussi Ivanov was born on 8 December 1953 in Sofia.

He graduated the German Language School in Sofia.

In the period 1973-1974 he studied at the University of National and World Economy in Sofia.

From 1974 to 1979 he studied at and received a master’s degree from the Institute for International Relations in Potsdam-Babelsberg.

From October 1, 1979 to December 1, 2020 he worked at the Ministry of Foreign Affairs of the Republic of Bulgaria. He has held a lot of positions in directorates dealing with the bilateral relations with European countries, regional European cooperation and coordination on issues concerning Bulgaria’s relations with the EU;

From September 1, 2007 to August 15, 2011 he was commissioned in the Ministry of Transport, Information Technologies and Communications and held the position of Director of the European Coordination and International Cooperation directorate.

In the period September 4, 2011 – April 30, 2012 he was charge d’affaires of the Embassy of the Republic of Bulgaria in the Federal Republic of Germany.

From February 28, 2014 to September 15, 2018 he was Ambassador Extraordinary and Plenipotentiary of Bulgaria in the Kingdom of Denmark.

He has been appointed Foreign Policy Secretary of the President of the Republic of Bulgaria by virtue of decree No. 261 as of 2 December 2020.

He is fluent in German, English and French.