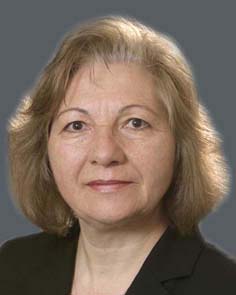 Darinka Vladova was born on 5 February 1960 in Ruse.

She completed her secondary education in the Baba Tonka School of Mathematics in Ruse.

She took her master’s degree in Pedagogy at Sofia University “St. Kliment Ohridski” and has obtained a second professional and qualification degree. She has a post-graduate specialization in Social Pedagogy and Public Administration.

She has worked as a teacher, head of team on using information systems and technologies in the administrative and management activity. In the period 1997-2013 she consecutively held the positions of expert, senior expert, chief expert in the President’s reception room and actively participated in the charity initiative “The Bulgarian Christmas.” Since 2013 she has been advisor on “The Bulgarian Christmas”.

She is fluent in English and Russian.

She was appointed as advisor on the charity initiative “The Bulgarian Christmas” by virtue of a President’s decree as of 9 February 2017.